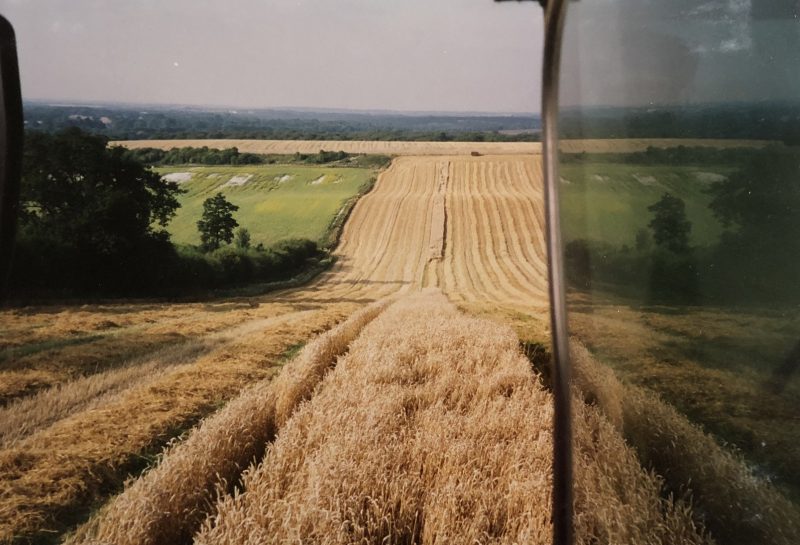 In 1974 when Michael Walford took over the farm he sold all the livestock and put all of home farm down to arable crops. He also farmed a dairy herd near Alton. He later bought Nothing Hill farm, near Ecchinswell, where he also grew arable crops.

Today with the problems of black grass, difficult soils and an uncertain arable market, we have decided to go more down the mixed farming method. Having entered a higher level stewardship programme, to hopefully smother the blackgrass at Home Farm, brought back some livestock to graze the grasses and expanded our herb growing at Ecchinswell, we hope to improve the soils and be ready for what the future of farming has to offer. 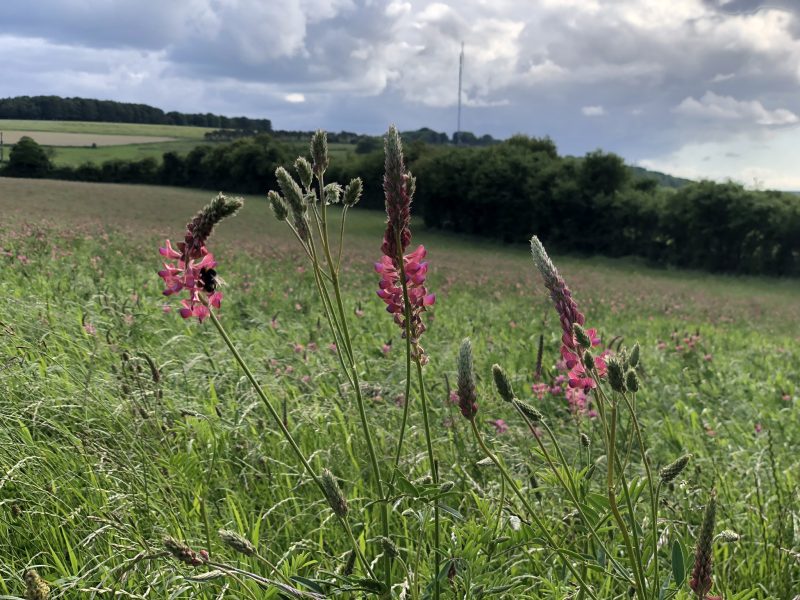 Who knew there were so many different varieties of grass! We have a huge mixture here on the two farms, and its wonderful to see each of them flower and attract such a diverse selection of wildlife.

Planted September 2017 on a Higher level Stewardship, the sanfoin has been a wonderful source of food/pollen for the bees. The grass is cut in July for hay and then becomes a playground for hares, partridges, pheasants etc. 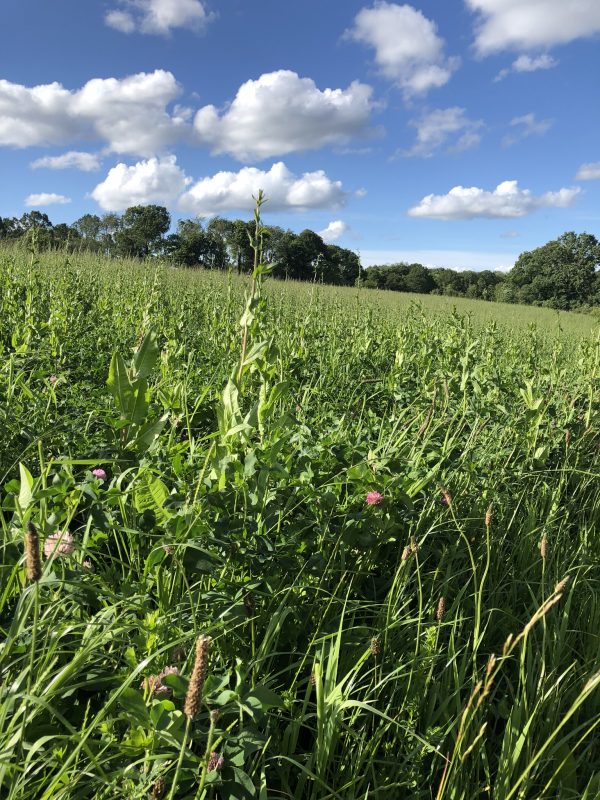 grazed by Sheep and taken f 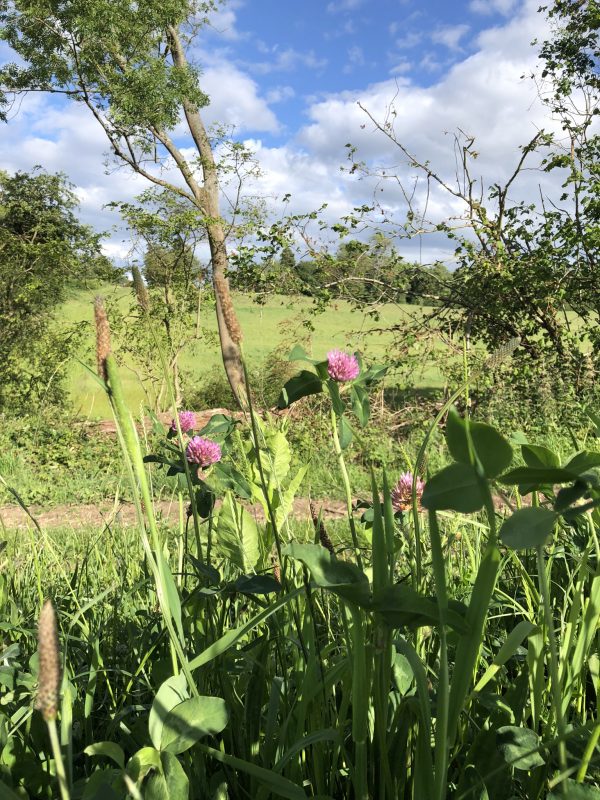 or hay. In the second year it has not been grazed and the chickory has really come forth and is being taken for cattle fodder for the winter. The clovers have been amazing this year and every nectar lover is benefitting

SW1 grass margins surround our herbs crops, giving a nice buffer between the crop and hedgerow. 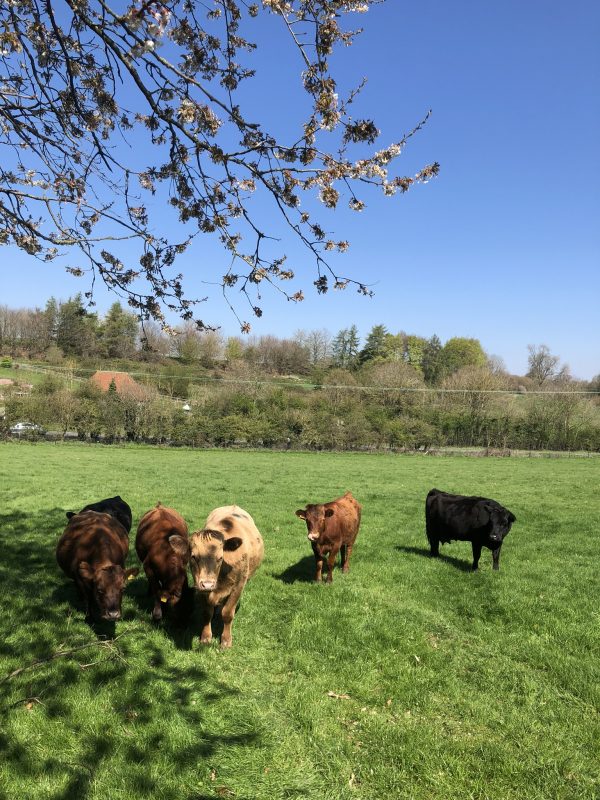 Our last grass is the permanent pastures GS13 which is grazed by our livestock in a rotation and is mainly on the clay side of the farm. Due to historical wires and drains they have never been ploughed, (they were once and we cut off the whole area telephone system!) 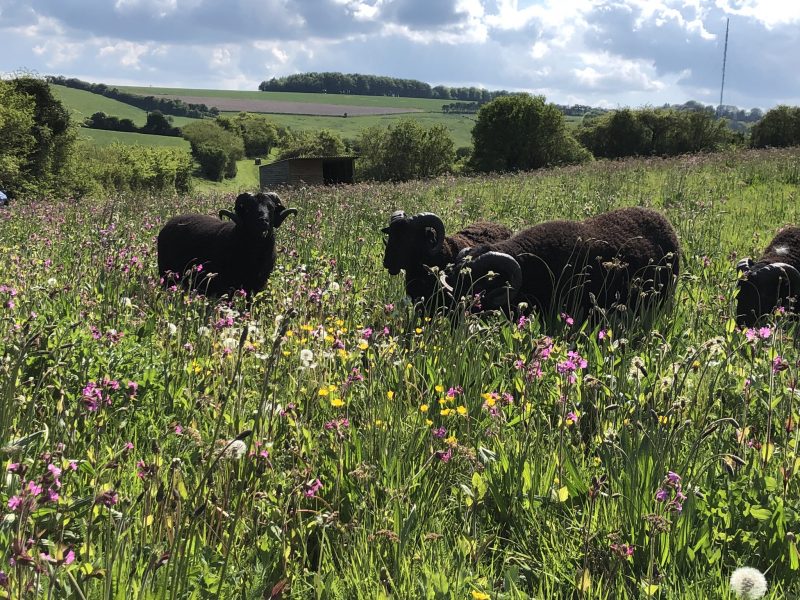 Under HLS we have planted two 10 year wild flower meadows. 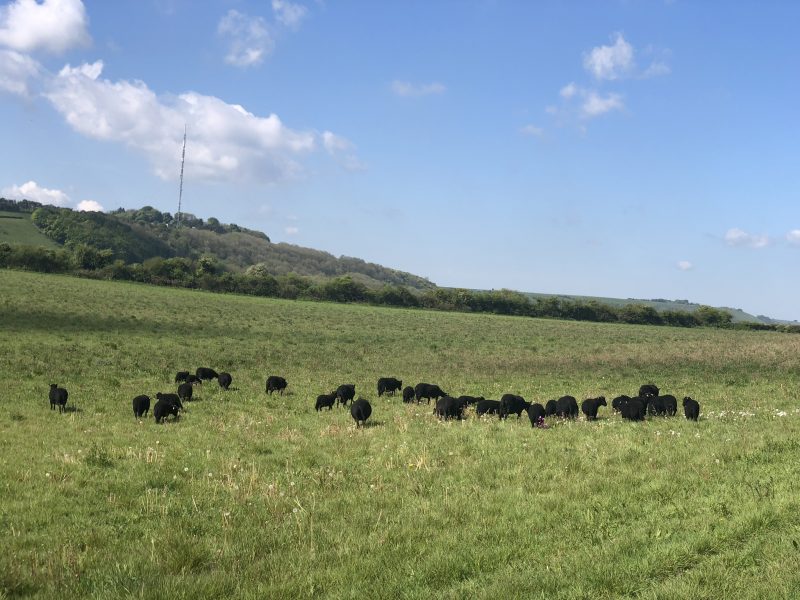 These were on areas heavy with black grass and took a couple of years to establish.

But in 2019 we have again been grazing them with sheep and taken a haylage crop. 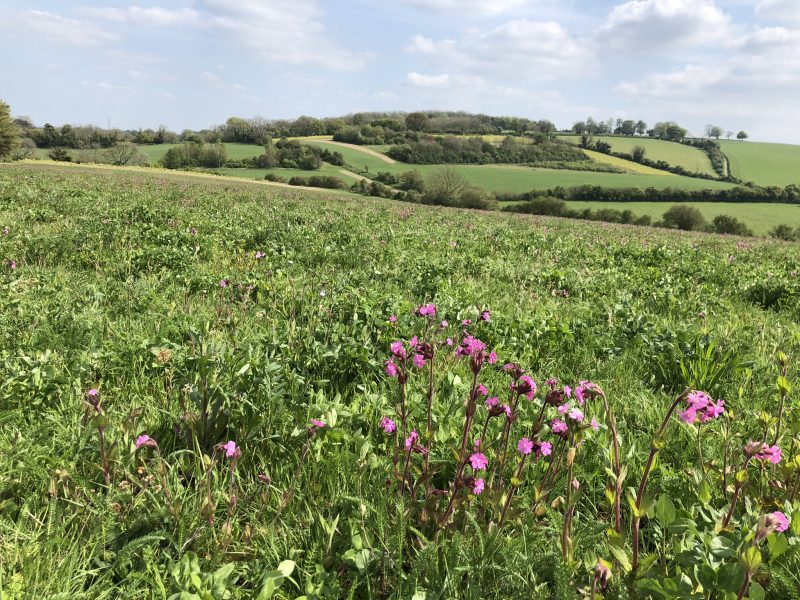 We have been growing perennial sage for some years now. But this year we have gone into it in a much bigger way and have added annual sage and other herbs with a lot of variety.

Deriving its name from the Latin word “salvere”, meaning “to be saved”, Sage has an enduring history as a medicinal plant, stretching back to 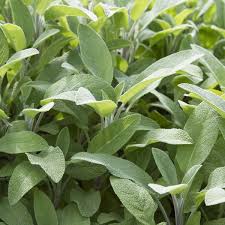 Ancient Egyptian times where it was used to boost fertility. Of its many uses, it was traditionally used as a remedy for inflammation of the mouth and throat, as a tooth polish and gargle and an elixir of overall good health.

In around 800 AD, Charlemagne – King of the Franks – decreed that every farm on crown lands must grow Sage “for the benefit of the nation”. This herb has been regarded as an invaluable tool used by traditional healers around the world for centuries. Nowadays it is still regarded as a potent medicine against the three main causes of disease; bacteria, viruses and fungi.

Anti-Inflammatory: One of the best known uses of this versatile herb is as an anti-inflammatory. Whilst this has been known for centuries by herbalists, scientific studies have now unearthed the powerful anti-inflammatory compounds that allow Sage to work its magic. This makes Sage a wonderful herb for those with inflammatory conditions such as arthritis, gout or general inflammation of the cardiovascular system.

Brain Boosting: Sage’s power to enhance memory and the cognitive process was noted in a double-blind, placebo controlled study in June 2003.  The researchers believe that this study has serious implications for people suffering from Alzheimer’s, and that Sage could potentially be used on a much broader basis by anybody who wishes to improve their memory.

Menopause: Whilst studies of Sage in this area are quite limited, it has been well documented for centuries that its use in the alleviation of night sweats and hot flushes has considerable effect.

One of the most important medicinal herbs of Medieval Europe, it was thought that Sage had the power to cure all imaginable diseases – a belief held so strongly that no self respecting Apothecary’s Garden could be without it!

This year we have also grown: 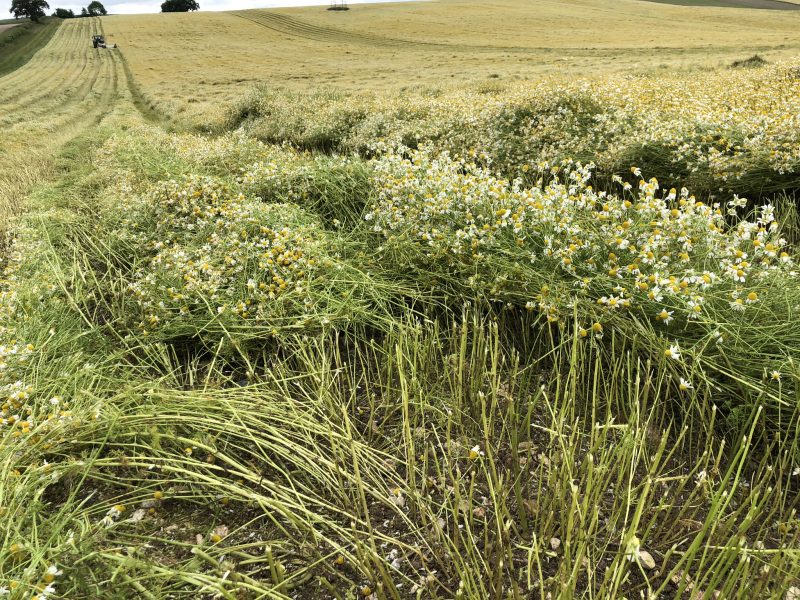 We grow this for its oil which is a deep, inky-blue some what viscous oil with an intensely sweet, herbaceous odour with a fresh fruity undertone. We harvest the

crop when flowering and steam the h

eads to produce a pure undiluted oil that has an intense odour which many find overwhelming and unpleasant. The oil is renowned for its soothing properties and is especially useful for dry, problem and irritated skin. It is also very effective for everyday aches and pains and for promoting a good nights sleep. 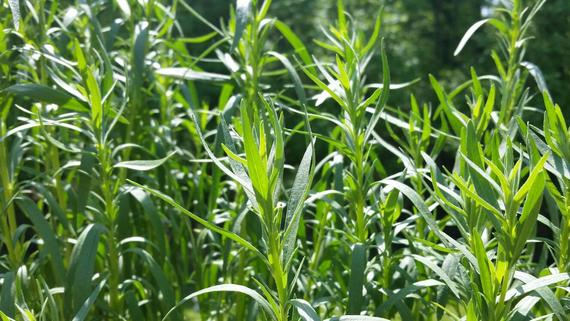 French Tarragon, also known as estragon, is a species of perennial herb in the sunflower family. It is widespread in the wild across much of Eurasia and North America, and is cultivated for culinary and medicinal purposes. 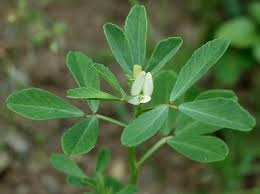 Fenugreek is an annual plant in the family Fabaceae, with leaves consisting of three small obovate to oblong leaflets. It is cultivated worldwide as a semiarid crop.

Its seeds and leaves are common ingredients in dishes from the Indian subcontinent.